As the leading Ancient British dealer and auctioneer we are sometimes asked to value Celtic coin hoards. Why do we bother? Because we support the Treasure process, including the good work of the Treasure Valuation Committee, and because we want to see finders and landowners fairly rewarded. Here are three of many Treasure Valuations Chris Rudd has done. 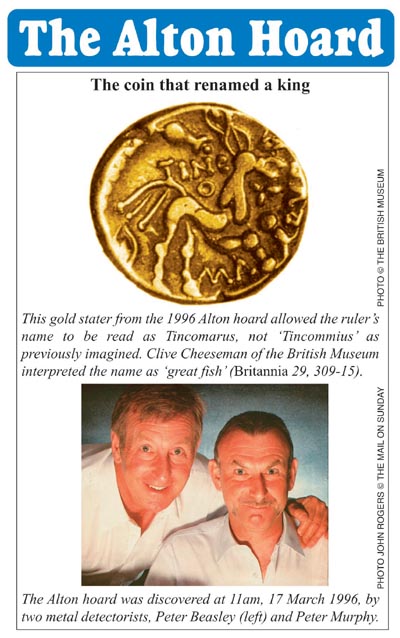 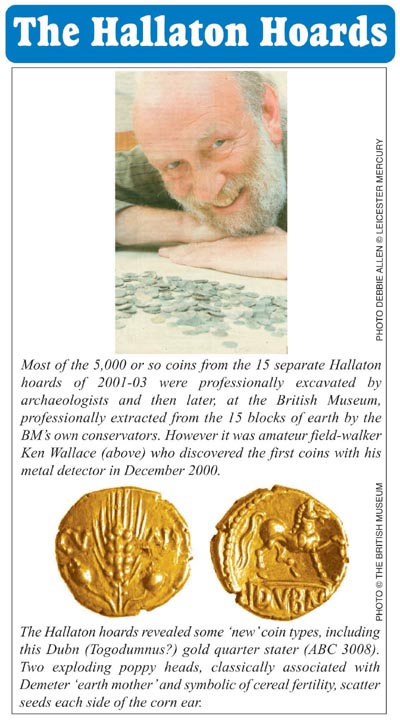 We valued the c.5,000 mostly silver coins (plus artefacts, including a Roman parade helmet) from the Hallaton hoards, Leicestershire, at £450,000-£460,000. “Thank you very much for your prompt and professional report. I am most impressed” said Ken Wallace. Sum awarded: £300,000. See Huge Druid hoard from Leicestershire, in Treasure Hunting, August 2003, p.16-20. 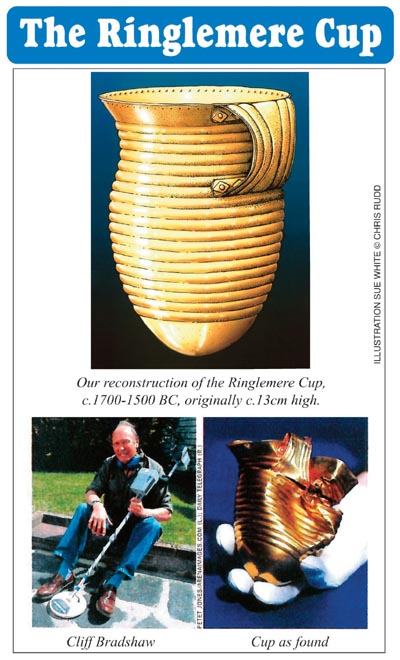 In our 59-page report on the Ringlemere Cup, found by metdet Cliff Bradshaw in Kent, 2001, we valued the gold cup (restored) at £350,000-£400,000. After all, it had been described as “the find of the century” (English Heritage, Daily Express, 5.4.02), “one of the most important Bronze Age finds ever made in Britain” (The British Museum, The Guardian, 5.4.02) and “the most significant treasure from the period since the Rillaton gold cup was discovered in Cornwall in 1837” (Mark Henderson, The Times, 5.4.02). Sum awarded: £270,000, which was £90,000 more than the lowest of the three provisional valuations that had been submitted to the TVC. Did our report help the finder? We like to think so.