Celtic tribe in Beauce, ancient district of north-central France, now part of depts. of Loir-et-Cher and Eure-et-Loir, between the Seine and the Loire. Their capital, Autricum, is modern Chartres. Tasgetios, appointed king of the Carnutes by Caesar, was murdered in 54 BC. 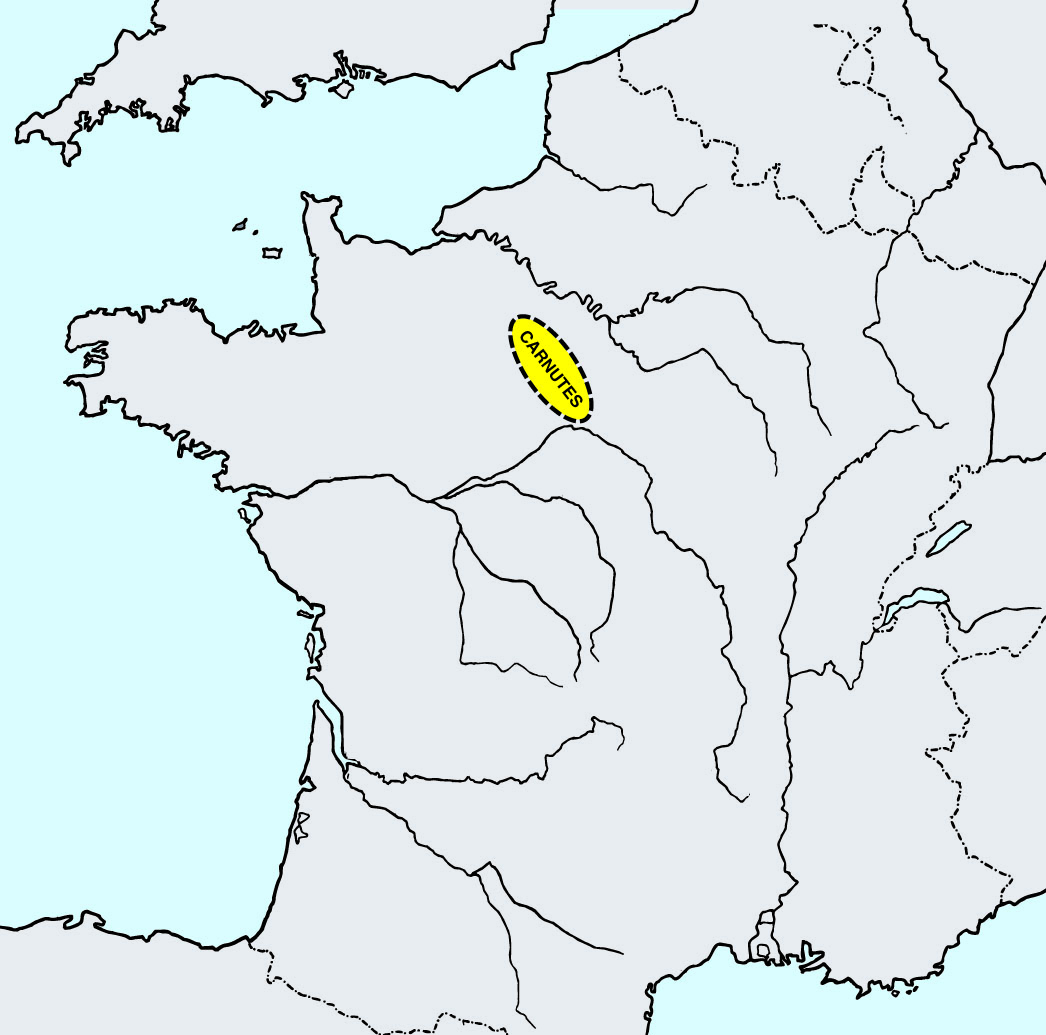 Dr Philip de Jersey says: ‘Simone Scheers has studied the Pixtilos series of bronze coins in characteristic detail in the Revue Numismatique (series 6, volume 21, 1979), and her classification is likely to remain the fundamental work on the subject. This is an example of her class III, à l’oiseau. She has suggested that the obverse was inspired by a denarius of C. Valerius Flaccus, issued in 82 or 81 BC (Crawford 365/1). The coinage as a whole was produced over a relatively short period, probably from the late 40s into the 30s BC. There has been much discussion in the past concerning the attribution of these coins, with opinion divided between the Carnutes and their northern neighbours, the Aulerci Eburovices; the coins are found quite widely across these areas, and indeed further afield, including several from Britain and Armorica. The Carnutes seem to be the current favourites, although it is possible that there may have been more than one centre of production and that a single tribal attribution is inappropriate.’