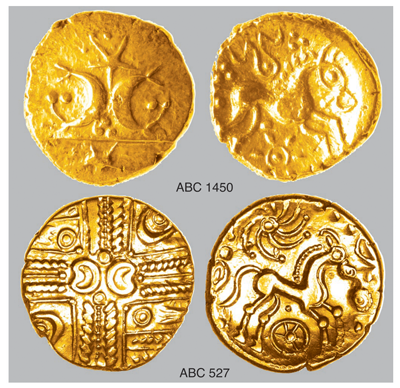 Caesar tells us that the Druids have “much knowledge of the stars and their motion” (Gallic War 6.14). Pliny says: “For it is by the moon that they measure their months and years” (Natural History 16.95). Did Druids influence the imagery of Celtic coins? I guess so, because there are lots of lunar, solar and stellar images on Ancient British coins. Freckenham Crescents gold stater of the Iceni, ABC 1450, and Wonersh gold stater of the Regini,
ABC 527. 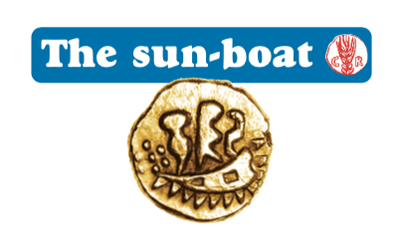 Durotriges gold quarter stater, ABC 2205. Who is sailing in this golden sun-boat? Click on the CR button to read the article The sun boat and its passengers, by Dr Daphne Nash Briggs in Chris Rudd List 104, March 2009, p.2-4. 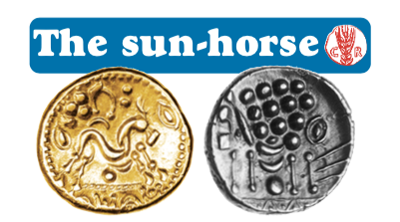