At Chris Rudd we’re happy to buy all kinds of Celtic coins – bronze, silver or gold: common or rare; VF or EF; orphan or pedigree. Here are a few of the many pedigree pieces we’ve had. We’d like to buy yours when you’re ready to sell. Or auction them for you, if you prefer. For expert advice ask liz@celticcoins.com 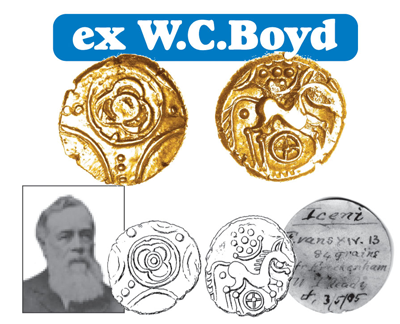 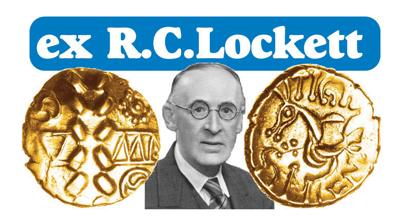 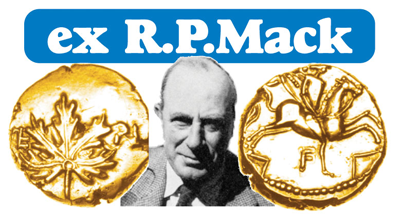 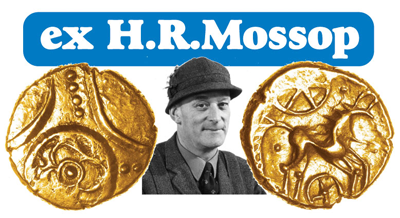 Freckenham Flower, Two Wheels Type, gold stater, ABC 1432, ex Henry Richard Mossop DFC (1919-88), author of The Lincoln Mint, from what Sir John Evans calls “a very important hoard” found in 1885 at Forest Heath, Freckenham, Suffolk. Evans says: “The discovery was made by a labourer working in his own garden, who in digging came across a small urn” containing about 90 gold staters. Chris Rudd List 110, March 2010, No.21. £1,200 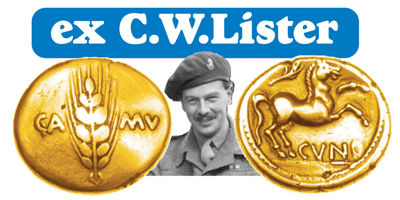 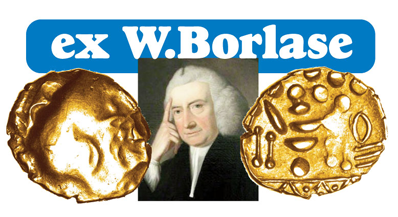 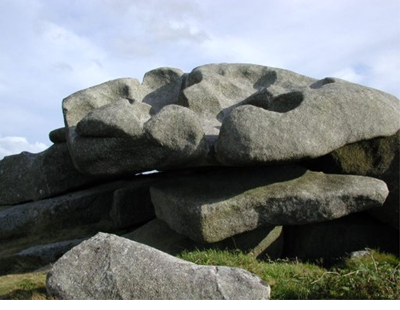 Carn Brea, near Redruth, Cornwall, where a hoard of more than 17 iron age gold coins was found in 1749. The rough stone wall of
Carn Brea’s Neolithic enclosure took an estimated 30,000 hours to build.
Five of the Carn Brea coins went to the Ashmolean Museum, Oxford. Other disappeared from public view, including the Westerham North gold stater shown above. Two centuries later, probably in the early 1970s, it turned up in the collection of war hero Henry Mossop, ‘The Flying Farmer’ and pioneer metdet, who was shot down over the Rhine on 21 June 1944, imprisoned for a year in Stalag Luft III and awarded the Distinguished Flying Cross for his bravery. This gold stater is now in the Royal Cornwall Museum. Chris Rudd List 113, September 2010, No.38. £1,500 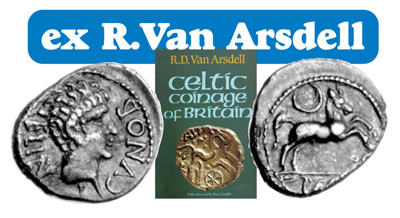 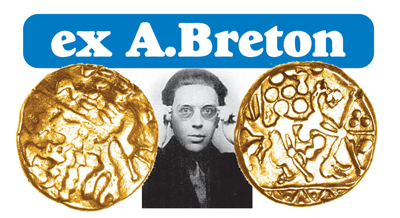 In his extraordinary book Le secret des Celtes (1969) Lancelot Lengyel illustrates this coin (p.148) and suggests that the windmill motif represents a dead bird with its head upside down. At Chris Rudd we’re always delighted when a dearly beloved old friend returns to us, as André Breton’s Yarmouth gold stater did. Chris Rudd List 75, May 2004, No.28. £2,000 and Chris Rudd List 124, May 2012, No.17, £3,400 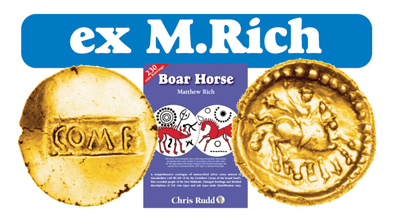