The earliest recorded Celtic language comes from stone inscriptions, c.700-450 BC, found in the ancient kingdom of Tartessos in the south-western Iberian Peninsula. Written in Phoenician script, the language of these inscriptions is known as Tartessian. 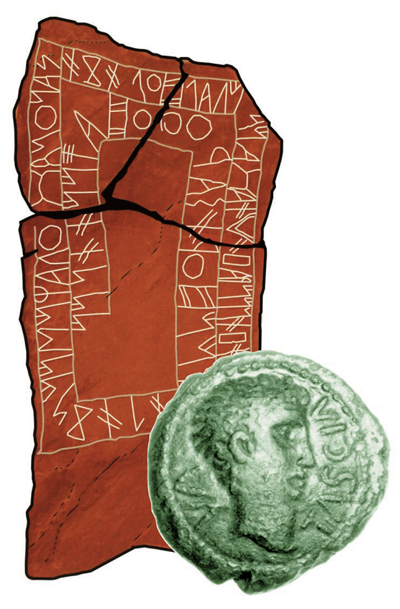 Tartessian gravestone of Tasioonii whose name may be related to that to that of the British king Tasciovanos (illustration © John Koch 2010). Large bronze coin of Tasciovanos ABC 2652. See The Celtic coin that says it is Celtic,The Searcher, January 2010.