People have been forging coins for well over 2,000 years especially Greek and Roman coins. Since 1992 we’ve probably exposed more modern Celtic fakes than anyone else, sometimes to the annoyance of colleagues who were selling them. We have to be careful what we say in public because often what is (or isn’t) a doubtful coin is a matter of opinion. Here are three cases of fraud we’ve reported – one ancient, two modern (to view them, just click on the CR buttons). If you have doubts about an Ancient British coin, please tell me liz@celticcoins.com 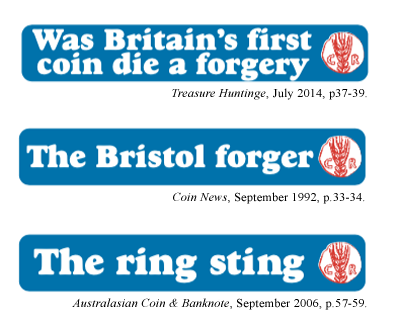