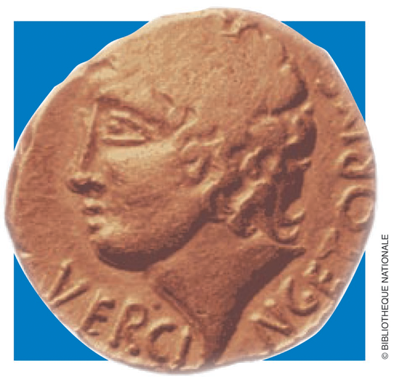 Rare gold stater (LT 3774) of Celtic freedom-fighter Vercingetorix, young prince of the Arverni, defeated by Caesar at the hillfort of Alesia in 52 BC. His name means ‘supreme king of warriors’. 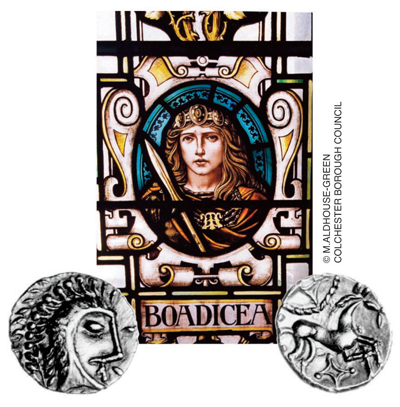 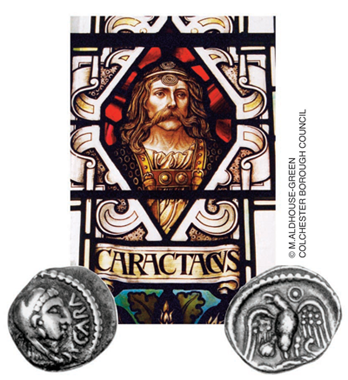 Silver unit of Caratacus, ‘the beloved’, best known son of Cunobelinus, c.AD 40-43, ABC 1376. For eight years he fought the Roman rape of Britain, until betrayed by Cartimandua ‘strong pony’ queen of the Brigantes. 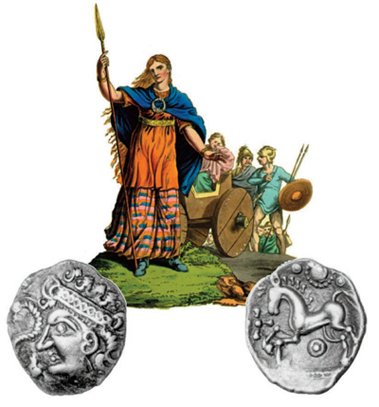 Bury Diadem silver unit of the Iceni, c.50-30 BC, ABC 1495. Dr Anne Ross believes that the head could be that of Andraste, a goddess venerated by Boudica. See The face that launched 80,000 deaths, Coin News, October 2000.