I don’t encourage so-called ‘investment collecting’, but if you’d like to get some idea of what staggeringly good value Ancient British coins still are, compare their market prices with those of other ancient or medieval coins. For example,the highest price realised to date (2015) for an Ancient British coin is £21,000 and that was for a unique gold stater of a previously unknown British king, Anarevitos. Compare that with the prices realised for these two gold coins – both beautiful coins, both highly desirable coins, both skilfully sold by first-class famous numismatists, yet neither as rare as the Anarevitos gold stater nor (in my opinion) as important. 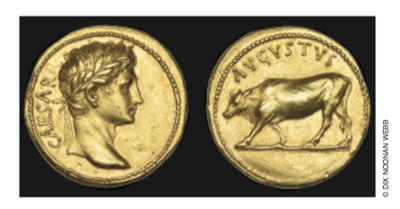